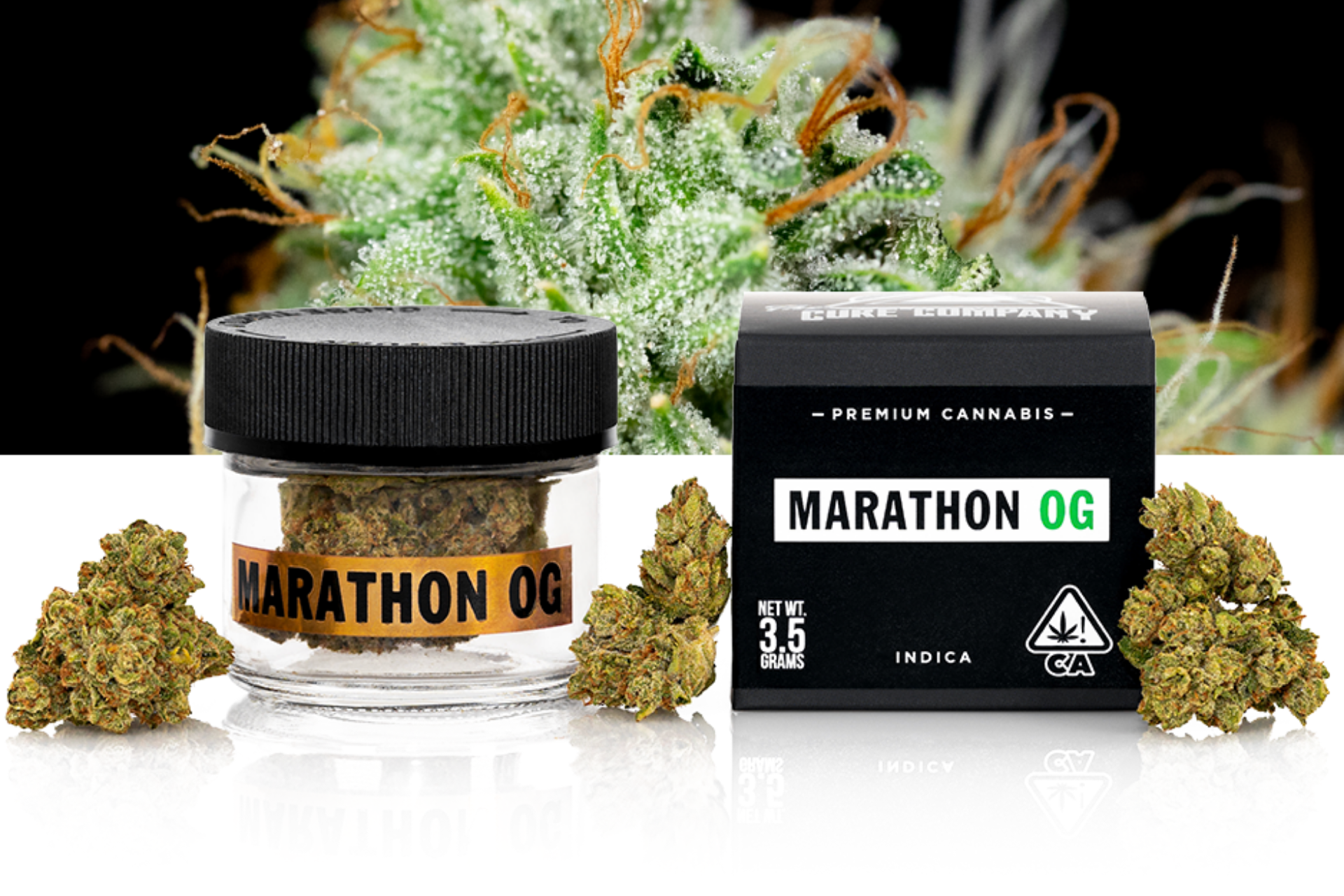 Bred from a cross of OG Kush, Marathon OG, also known as “Marathon Kush,” is a potent indica strain with origins in Los Angeles. The strain derives from a collaboration with The Cure Company and the late Nipsey Hussle, an American rapper based in Los Angeles, as an homage to his mixtapes. DTPG is the original home of the Marathon OG stain, and we’re proud to be the official retailers of this legendary cut.

The Cure Company’s Marathon OG strain is a statewide favorite. Of those who reviewed the strain on Leafly, many reported feeling relaxed, euphoric, and creative after consuming the strain. Others also reported feeling happy and giggly from Marathon OG.  The most abundant terpenes in Marathon OG are limonene and pinene, giving it a lemony-piney flavor and aroma.

The Cure Company’s Marathon OG can be potentially useful for ailments, as well. Some consumers report using the strain to spark creativity, while others use it as a sleep aid. Marathon OG may also stimulate your appetite. 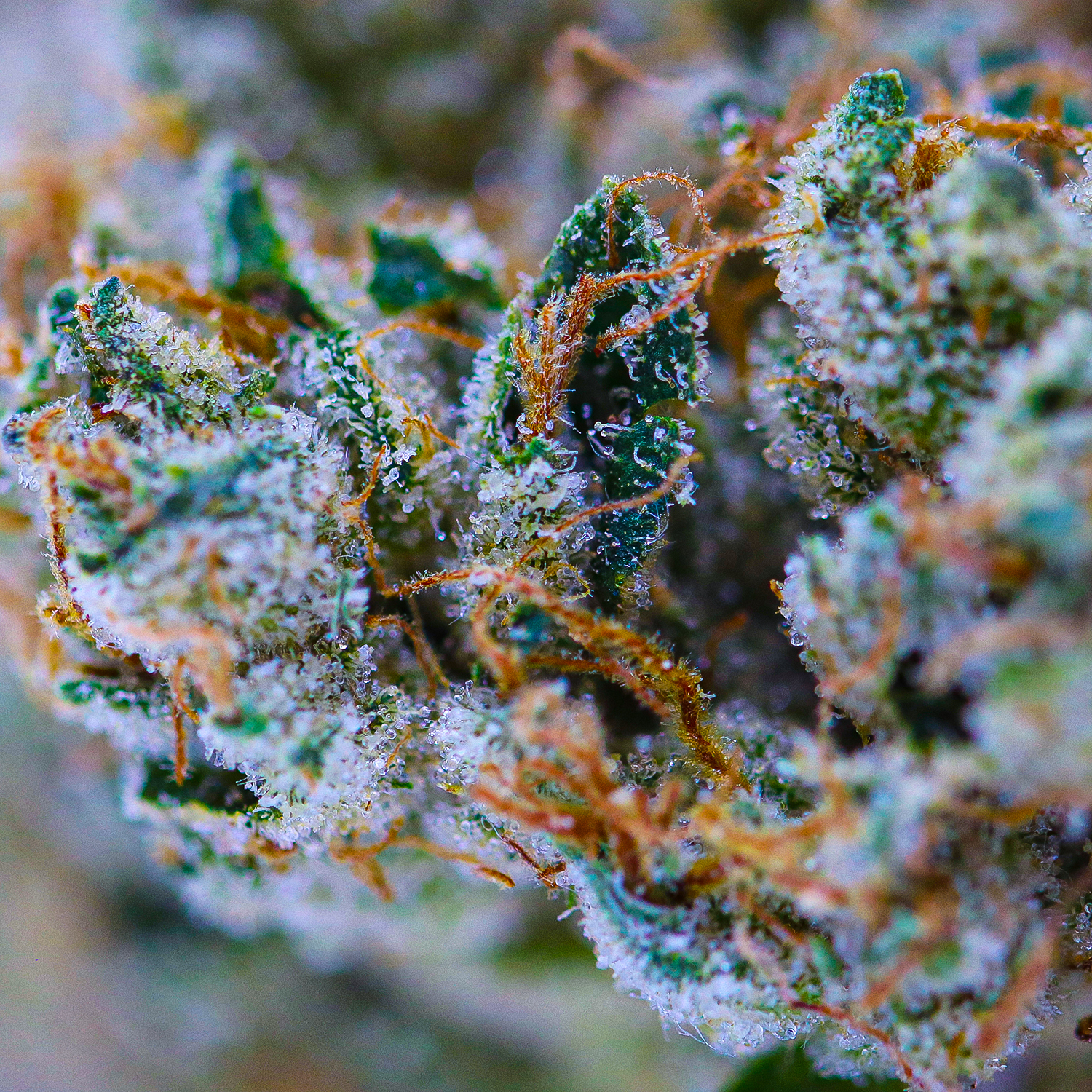 Marathon OG by The Cure Company is a flower that may just knock you on your back. As one Leafly user described it, “Highly recommend! It really does start off euphoric, and then leaves you glued to wherever you are. I do not recommend if you are a new or an experience Smoker because this strain might overwhelm you. Great high overall.”

Another Leafly user said of Marathon OG by The Cure Company, “One of the best strains I have EVER tried!! If you have absolutely nothing to do and it’s just you & your female/male companion, smoke Marathon OG. It’s very relaxing, and in the words of the legend Nip Hussle, get you a Backwoods, Marathon OG, and take flight. The Marathon Continues TMC!! RIP Nip.”

The Marathon OG strain might have the ability to create a tremendous calm in even the most advanced smokers. Those seeking a potentially powerful high that might stimulate their creativity while still producing a soothing effect need to pick up some Marathon OG. This is the kind of weed that might help you breeze through your work before ultimately sitting you down to chill. 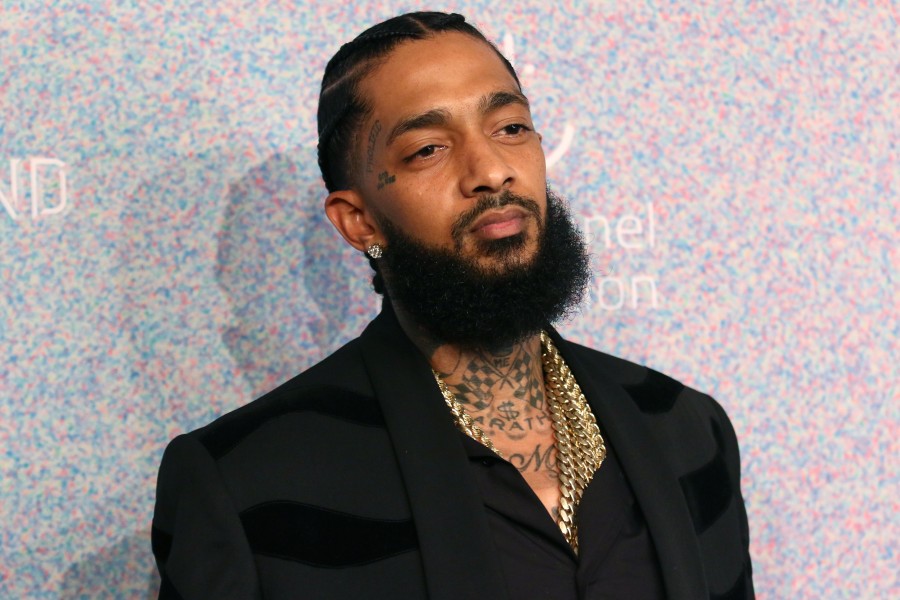 The Cure Company is an award-winning cannabis company located in the Los Angeles Arts District. The company operates multiple state-of-the-art cultivation facilities throughout the LA area. The Cure Company has been providing “High-Quality Cannabis Goods” to the public for decades, having earned credibility and respect in the LA scene. The company is known for embarking on exclusive celebrity collaborations, like Marathon OG, and has solidified its spot at the top tier of cultivators and brand distributors.